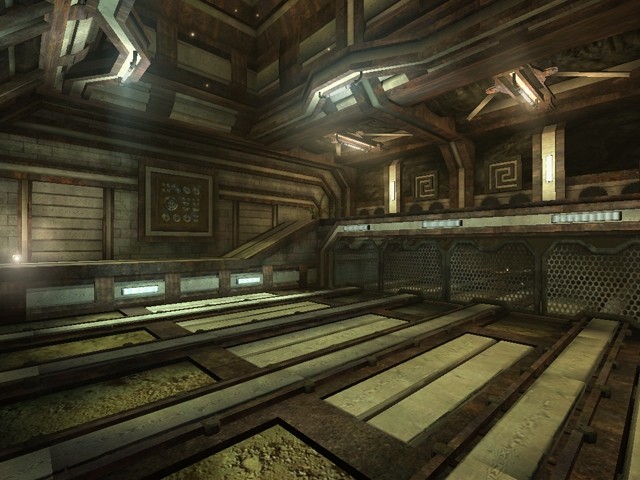 The Sliths may be hard and cruel, they know their economics. They force their N'bachai (Slithian for both 'prisoner' and slave') to build their own prison with little more than what they can find, on places where natural resources can be mined. Once the prison is complete, it serves as both their habitat and their working environment.

Re-R'Dch, nicknamed Fragtion, is the most infamous of these prisons. Located 50 feet below the thick wilderness of N'robi, it's one of the very few spots where both natural gas can be mined and the roots of the huge N'robi trees can be crafted into planks. The working conditions are extremely rough, but the guards don't allow slackers...

Remake + JB conversion of CTF-Fragtion by Mercen@ry. Major ambience and scaling changes have been done, as well as some minor layout and placement tweaks. JB stuff such as jails, execution, arena and escape have been totally done from scratch. Despite it looks very different from the original, I think it still has the 'fragtion' feel in it...

Credits:
- A big thankyou to Mercen@ry, for making CTF-Fragtion and letting me take it as base. The original map has given me a lot of ideas during development. Without it, this map would not have been how it is... Thanks! :)
- Hourences for all his visual stuff (from Idoma mainly).
- SuperApe for the RandomTrigger and the VariableTimedMover.
- Everyone at PlanetJailbreak for testing.