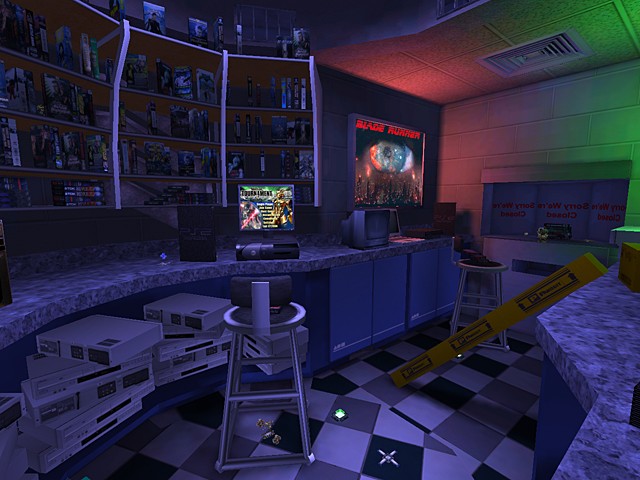 This is my fifth map, but first map worthy of releasing to the public. This is a giant sized map, meaning that you are about four inches tall in a room containing ordinary everyday giant sized objects. The room being a drive-thru video rental booth.

This map took about a month to create. My focus was on gameplay. I tried to create an environment that would incorporate and balance the different styles of combat...close, medium and long range. There are enough hard to find semi-secret and hard to reach areas to keep things interesting. 98% of this map is constructed of totally original material.

I apologize in advance for the enourmous utx file, but I am not a fan of dxt compression. This was originally going to be a pharmacy, hence the oddly named files, but after calculating the polycount of the models I decided to go with video tapes.