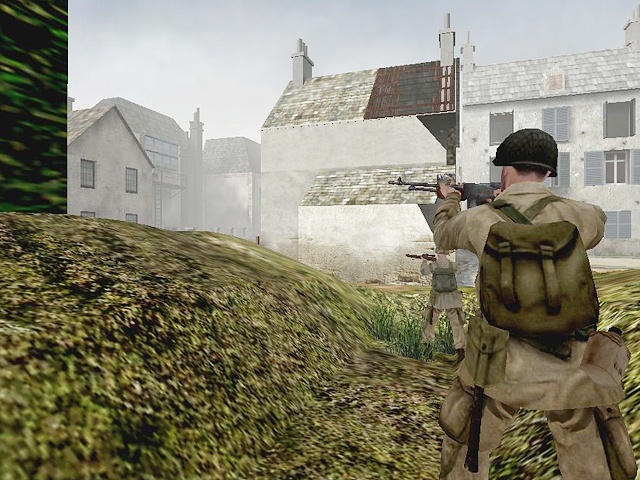 The defending German force attempted to hold the city long enough to allow reinforcements en route from the south to arrive, prevent or delay the merging of the lodgments, and keep the U.S. First Army from launching an attack towards Lessay-PÈriers that would cut off the Cotentin Peninsula.

Carentan was defended by the 6th Parachute Regiment, two Ost battalions and remnants of other German forces. The 17th SS Panzergrenadier Division, ordered to reinforce Carentan, was delayed by transport shortages and attacks by Allied aircraft. The attacking 101st Airborne Division, landed by parachute on June 6 as part of the American airborne landings in Normandy, was ordered to seize Carentan.

For this mission, LT.Powell will have to first Join Cpt A.Morrison and the rangers team, to attack the german trenches position near Carentan. After blowing up the 88Flaks, cleaning the trenches, and taking positions, Lt powell will have to meet the 101st Airborne to support the attack on Carentan, make his way through the town, house by house to find any possible intelligence info, and finally killing the Oberst in charge of the defense of Carentan. To seize the town, will not be an easy task.