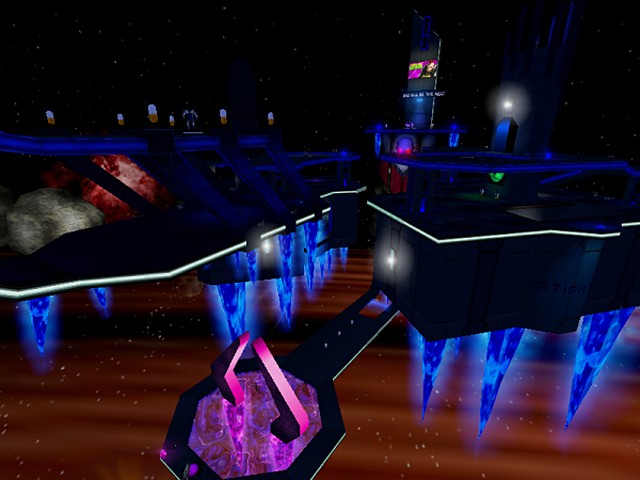 It could say that this map is the younger brother of the great Morpheus. Artiphycial Station was established by the Skaarj and its function was to serve as a centre of work and rest to engineers and architects who worked on the creation of ''The New Universe''. But the project ''Syntetik'' was abandoned before the end of the construction of the Artiphycial planet and its satellite Cybruss, for lack of funds and time, because of numerous wars and conflicts, and the appearance of a black hole near the ''work area''.By being totally unusable, the space station was purchased by Liandri Corps. And now serves as a major 1-on-1 maps of the New Tournament.