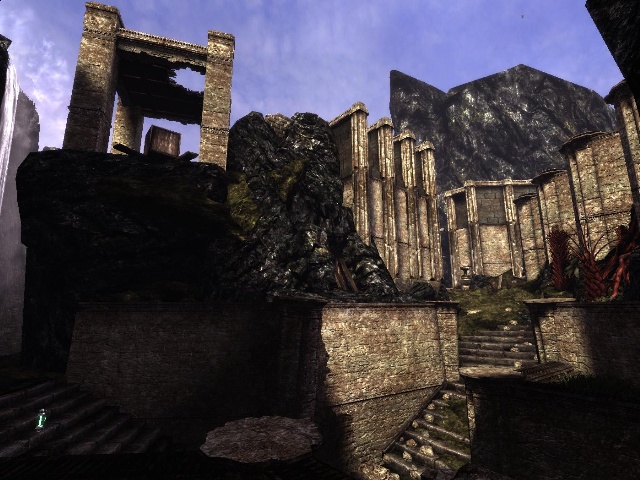 During a sea trip, a Lord discovered this island. It wasn’t on any maritime map? Since his initial exploration, he fell under it’s charm for it’s sublime atmosphere. He then decided to construct a temple in honor of his beautiful wife Fatima. Unfortunately for the Lord, when Fatima visited the temple, which was still under construction, the soil perpetual tremors made Fatima sick enough to make her leave the island. The Lord decided to leave the temple in an unfinished state. This place is now used as a training camp for his soldiers. Good training soldier!

This is the standalone version of my map included in the 'Unreal Old Friends Map Pack 2'.