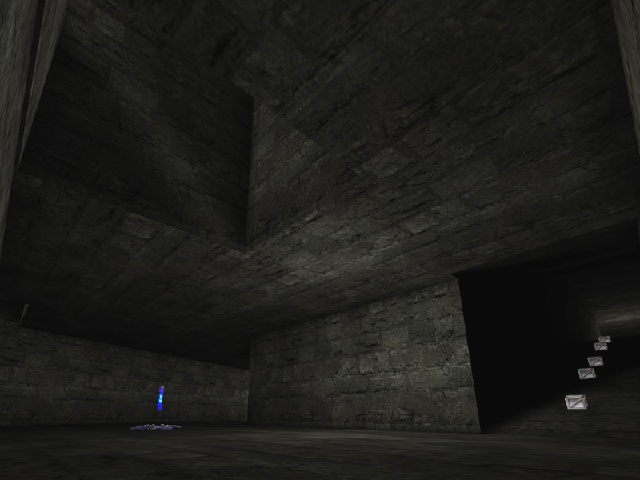 Once a safe place for the furry species, it was bought by tournament officals once the furries became a full part of modern society. Now, this safe haven during the wars between humans and furries is no longer safe. Dark corners and hallways makes finding your enemy harder. You hear their breath, then feel their bullets...

It's not the greatest of maps, but it's not supposed to be. Since it's my frist map ever completed, it runs well enough that the maximum number of bots will go ballistic against each other. With dark lighting, few large rooms, and all spawn points placed in the walls, the action is fast and intense. Plus, duel assault rifles off the bat!

The bots will tend to stick to the main area to fight it out, but the hallways can get action near that area. Since it's my first real map that works, the bots work well, but there are areas they will get stuck (IE near the first jumppad). Just don't expect too much out of this map. It's not meant to be amazing...just decent.

The screen shots were taken with the Sentinel mod active, so where the crates are is where health vials or adrenaline will be located. There is a super sheild and super health in the map too.