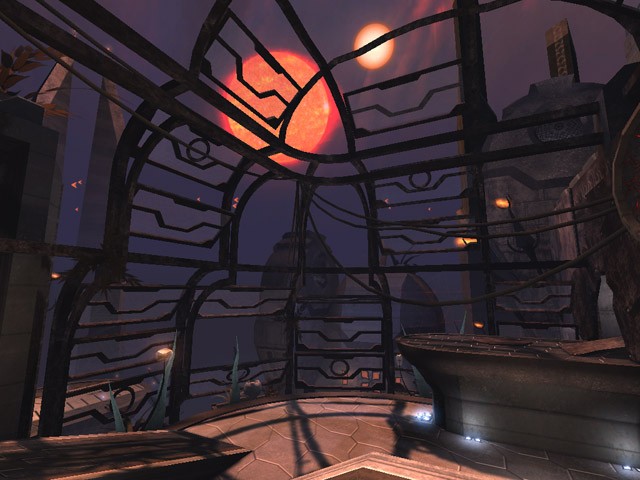 "Algol 1, the only planet in the Algol binary star system, follows a figure-of-eight orbit lasting around 204 days. Both stars are relatively cool, therefore the planet's close orbit and atmospheric conditions are able to support life. Night only falls for a few short months twice a year, where the orbit reaches its furthest point from both stars.

It never rains here as such; water seeps out of the ground when heated, and forms a thick layer of surface fog and groundwater, which is then re-absorbed once it cools. The native plant life uses frond-like leaves or hollow structures to capture moisture from the air.