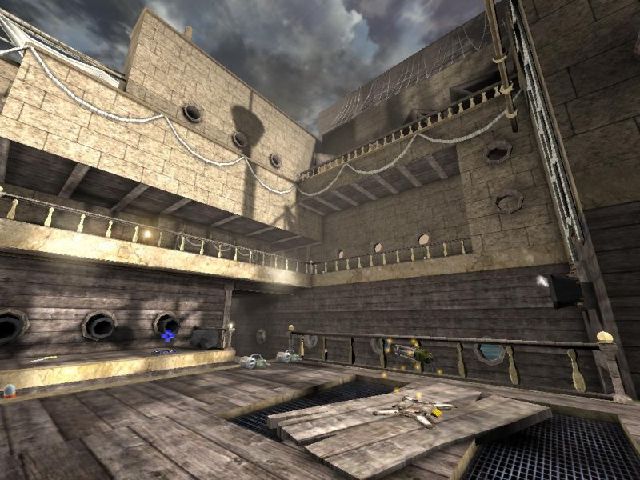 This map is a medium sized "thing," if you will. Half-ship, half ship-with-bricks. In other words, it's unrealistic, which should be excusable for unreal . It's got a few dodge ramps and secluded areas, with powerups and the like. The 100a is in the center of the level, and although not hard to reach, it is in the middle of four hallways intersecting. That should produce some tough battles. Bots are supported, and aside from not liking my dodge ramps, they perform adeptly.

Performance-wise, I think it fares well for such an open map; about half of the map is one zone, and the other half consists of the interior areas. I get about 30FPS in the worst areas, and that's with settings on high on a Radeon9600XT. For those with less fortunate machines, having Detail set to Low will take a lot of useless stuff out of the map and should help a little bit.