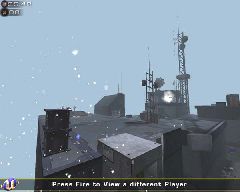 An Assault map for Unreal Tournament 2004. Attackers must raid the Holocorp facility, steal and then escape with the Power Core. Suggested 10-20 players. **Bots Not yet supported**

This is my first assault map, first unreal map and also first publicly released map (though I've been mapping off and on for over 6 years now). Any comments, thoughts or (intelligible) criticisms are more then welcome as they can only help me improve for future maps. There are sersioud bot issues as well, they can be very detrimental as they hog and don't drive the hellbender - I highly recommend if you run this on your server to not include bots with this map