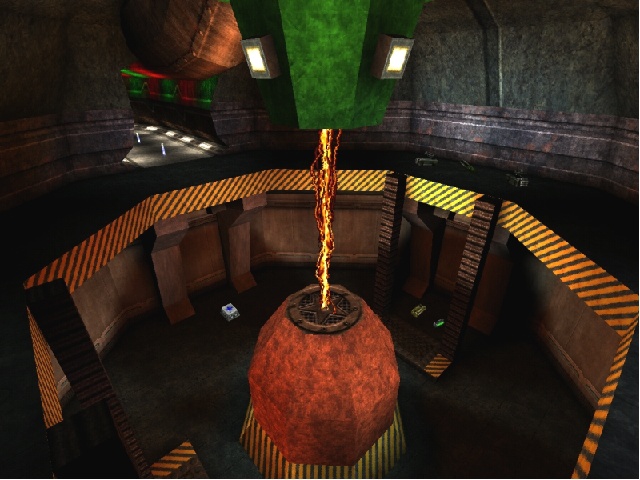 Ever since humanity perfected interstellar travel, Liandri has been constructing a series of secret facilites on a vast number of mostly-unexplored planets.

The Centurion complex was completed in the year 2279 and up untill the year 2321 the compound was used as a refinery for some of Liandri's more profitable raw materials.

A few years back Liandri sealed off the huge refinery complex and retrofitted the remaining buildings for use as a historic vault. However, the atmosphere of planet Centurion soon began to degrade, and after countless acid storms corroded most of the artifacts inside, Liandri decided to clean the facility up and use it as a Tournament venue.

Since it's introduction into the Tournament earlier this year, Centurion has quickly become one of the favorites among the spectators, mainly because of the smelting vat, which has become a lethal trap.

Centurion has been nicknamed "Acidic" because of it's huge water tank that has since become a vat of pure acid from the violent acid storms that ravage the planet.