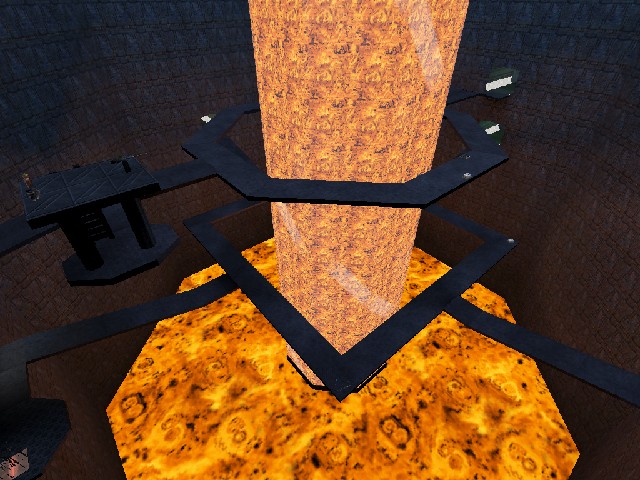 In a sea base 1000 miles below the sea, the study of research here as been gone for quite some time now. It is now an abandoned base, when Liandri found this, they thought it was a great oppurtunity to induct players into a new sense of combat.

This large map consists of new things such as ml2.0 machine guns and controllable defense turrets! Great bot pathing, and is meant for about 7 players. New twists such as an electric chamber and lava core! A must download for any DM veteran!

Known Bugs: The turrets will NOT work while having an arena mutator on since it treats the turret as an inventory weapon.