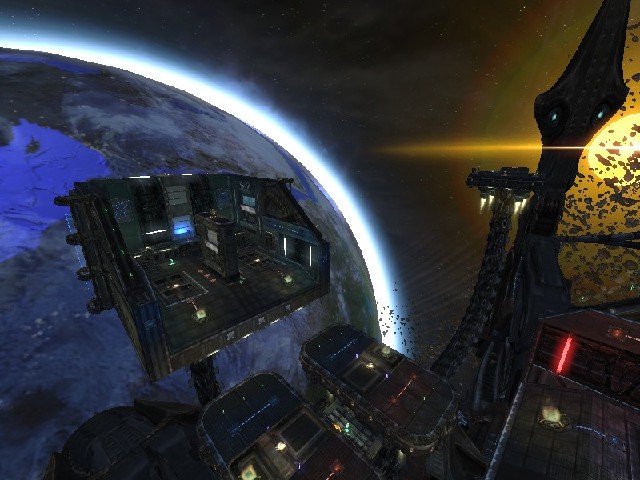 The Alpha and Beta squads of the Necris Royal army were send on a relatively easy mission, rescue some Liandri space junk left after a ship crash. However a Liandi SpaceShip was already in place, and they started fighting. Eight years later, the place has become a legend of CTF.

As you probably noticed, it's been released on 1st April.

The map is fully playable, but it's a remake of an UT GOTY map that wasn't very well received on mapping sites (CTF-W00Tabulous by The_Gunslinger|DFB|). I took some inspiration by another W00Tabulous remake, CTF-AllYourW00T-SE made by JohnnySix.  As most of you probably know, the map is meant to be played in InstaGib. The conversion is pretty close, but I changed some stuff (mostly item placement) to make it more playable also in normal CTF while keeping it InstaGib-friendly.

I tried to create also a rather decent-looking map. It might look busy from screenshots, but don't worry, I worked a lot on visibility: set your detail mode to low and most of the busy-looking stuff will disappear leaving a nice, clean playing field.

The skybox comes from DM-Deimos, I changed it a bit to fit my map but it's almost the same. In one week I didn't manage to create myself a decent enough skybox.

The recommended playercount is 2on2, but this map can carry from 1on1 to loads of players, your choice.

PC and PS3 versions available below.