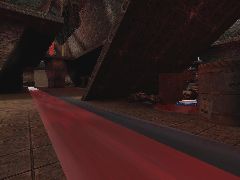 After the new slaughterhouse was destroyed, there was only one thing left: get back to the old slaughterhouse. There was only one problem, the old slaugtherhouse had some kind of virus in it. Many people who worked there died. And it became a abandon place. Now its time to go back, and fight!
***this is my 2nd map, hope u people like it!***
-=Music: Marilyn Manson - seizure of power (soundtrack Resident Evil)=-
WARNING: dont download when you dont like blood or darkness
I might release a lite version, because this one has got some karma in it and can get your fps pretty low!