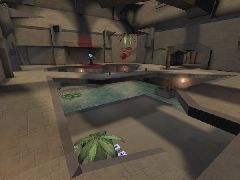 In 3000BC there was an Egyptian Pharaoh named Atothis. He was not a hugely demanding man but what he did like was to see his most skilled warriors prove their talent and loyalty before him. Men guilty of crimes, punishable by death, were picked from the scum and taken to what the villagers called his "lair", to fight and ultimately meet their doom at the hand of Atothis's warriors.

Now you are the warrior here, and you are not fighting mere prison-scum, you are fighting warriors as talented as yourself who will stop at nothing to spill your blood on these ancient grounds. It's your chance to show Atothis that you could have been one of his warriors.