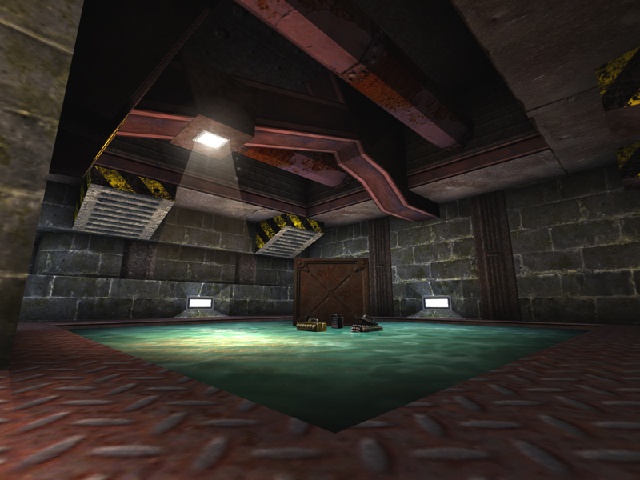 Years have passed since Earth's last oil and coal deposits became depleted. Governments invested heavily in the search for new energy sources, yet with little success. Large mining companies started researches inside volcanic areas for unknown materials which could serve as a substitute for fuels. Unfortunately, the drilling resulted in a disturbance of the seizmic activity and this caused huge earthquakes which destroyed most of the subterranean mining facilities.

The Axon mining facility was one of the newly built research sites. The extraction of the minerals have not been started there yet. So only earthquakes created by the surrounding mines could damage the structure of Axon. After the accident the volcanic facilities were either shut down or completely destroyed.

Years later, when the Tournaments were legalised, the Liandri corporation was looking for new territories for deathmatch games. They discovered that the closed Axon facility had a lot of parts which were only minimally damaged so they bought the mining complex and converted the usable areas into DM arenas.

The sounds of Health vials, the Elevators and Water can help you locate your opponent. If your opponent grabs the shield you can prepare a shock combo/a load of rockets on the exit of the shield area. Look thru the grates and listen for the sounds and you'll know which direction he'll come from.

If you liked the map, send me some feedback! ;) Thanx!