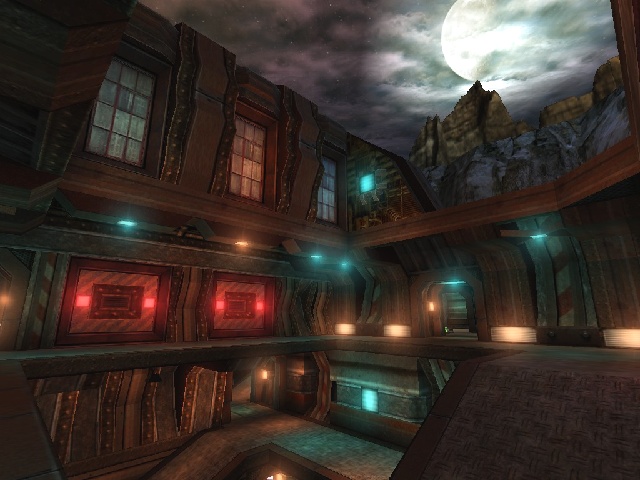 This small outpost, which also played the role of a warehouse, was used by humans to supply Nali with all the weaponry needed to overthrow the Skaarj occupation and make them leave the Na Pali planet. The top priority was also to capture mines rich with Tarydium, the rare, thus quite sought after, element. Unfortunately, their plan was never executed. Most of the base personnel was heartlessly eliminated by a Skaarj strike force.

Now, two decades later, when barely anyone knows about the existence of Nali, when only ancient scriptures on walls of abandoned temples mention the name of the completely wiped out civilization, Liandri uses this outpost for their bloody competitions.

Stand alone release of the map which was initially shipped with FoTV.

If someone has this map on the server, please replace older release with this one. Thanks!