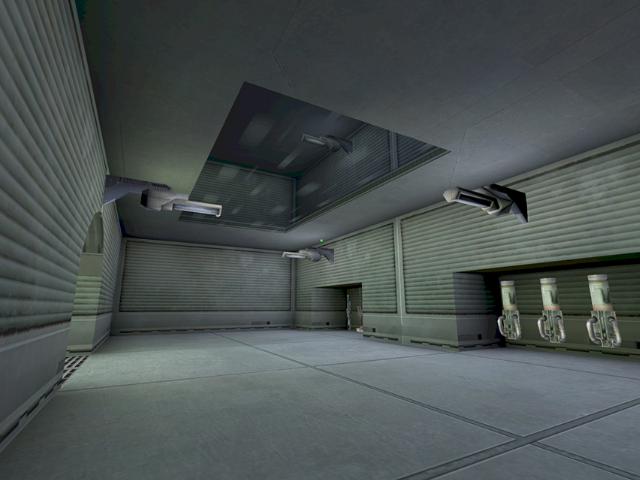 This map was part of a map pack that consisted of 3 other maps. It was called the Ultimate Remake Collection because they were based on the ideas of multiple map levels created by various authors, including a remake of one of mine and an original map was added as well. They can all be obtained where you downloaded this map file most likely or shoot me an email. They all have some resemblance of the originals, but are glamorified and rebuilt from scratch by myself. I claim no rights to any deco/meshes, textures, sounds, or music used in any of my maps. This one is a remake of my own map called CTF-([AE])RoBaLLiStiC, which was also a RocketX map in another Map-Pack, and also converted for Siege. The decos used in this map were borrowed by Creavion's Morbias map.

This map has a secret room above each spawn which can be found by a hidden wall door.