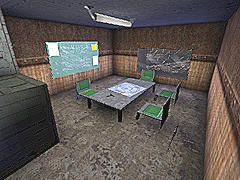 Posing as common mercenaries, you and your elite squad took on the guise of sub-level warehouse guards, by the stormy seaside of tazenda. Actually you have been hired to instigate a sector scale sized war between two opposing factions, You plan on doing this by launching a tyridium based warhead to the planet tritanus, from tazenda, where you and your squad are stationed. This will trigger a war between these two factions on a huge scale, and your employer's tasks force will come and pick clean both the systems. It has been rumored that your employer is none other than the Liandri corporation, you can of course, neither confirm nor deny this.