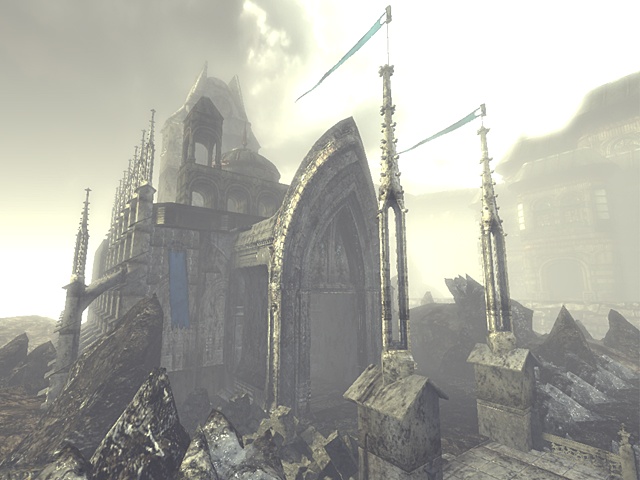 Evil Map Pack proposes a design different to the game, with a fully thematic vout for architecture and romanticism, while retaining the gameplay of Unreal Tournament 3.

This is the final version of the evil map pack. It took me a while to finish it, because I had so many setbacks at work, at home, some bugs with my pc: D PS3 version is also available.

Included are the following maps:

This map I personally consider one of the most difficult to play because it has a linear action, you do not have many options to get the enemy flag, there is only one way to do that, I think I would call him a map and defensive and also it can provide some "tricks" as to overthrow the enemy in the river of lava along the way, the powerup is in the middle of the river forcing the player to use with precision UTteletrasporter.

This map is pretty big and broad as the most evil of all maps map pack, the drawing of the map can provide a gameplay, intense and very hard, he is to play Appreciated greed.numbers of player recommended.

Third capture the flag map, this map was made for intense duels teams, be it in CTF mode, or Greed, also with a linear action, but you can block the action of the enemies to leave the temple opponent, the powerup is in the central platform and also requires you to use with precision UTteletrasporter, mutator titan is recommended in this map.

Made especially for duels, this map is small and cramped, with weapons in a strategic location, the corridors to the outside will serve as a refuge for what you want to hide.

A large map, it is with several gameplay options, I basically put a gun to each room or hallway, leaving you with more attacking options, this map is ideal to play TDM or Betryal modalities.

With a visual and macabre, and alleyways, and several points of connection between one room and another, this map gives the player many options for gameplay, you can surprise the enemy at any time on this map.

The gameplay of this map is interesting because while it is closed, it is broad, it makes you have to change their techniques all the time, at the end of the map is the spider mine, and in the middle of the central hall, we have a Surrender. There are two lanes on each side that have only snipers, it makes the gameplay is very difficult for anyone who crosses its path.

Ideal for team battles, this map has a vast and extensive gameplay, you can use the vipers from the outside to go trampling all over the world, we have several powerups along the entire map, and we also have to Surrender, fighting electrifying deathmatch can be achieved with 32 players.

This map is big and has a design similar to a Capture The Flag map, ideal for 32 players, although in this description 2-18 jgadores, it is wide, its gameplay was too similar to an "arena"on the the center, it becomes ideal for battle of teams.