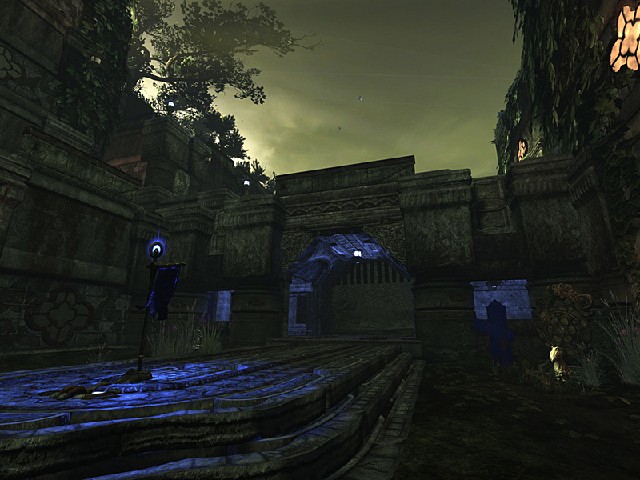 Exeter... Desolate and almost in ruins. This swamped mountain forest has been adopted for some flag capturing carnage. Watch out for the deadly river... Lock your enemies in their bases or prevent them from leaving yours.

This map was my submission into Phase 3 of Epic Games' Make Something Unreal Contest. Gameplay wise, the map features two "UDamage" PickUps, two "Jump-boots" pickups and one "Shield Belt". Layout allows for several routes between bases while keeping the flag room defendable (I hope :D).

The quickest route out of the flag room has a door that can be shut by either touching or shooting a statue trigger located in the flag room. During play testing, bots were usually not hitting this trigger, however, when the trigger is hit, bots know to look for alternate routes.

The doors in each base can have tactical uses for both teams.