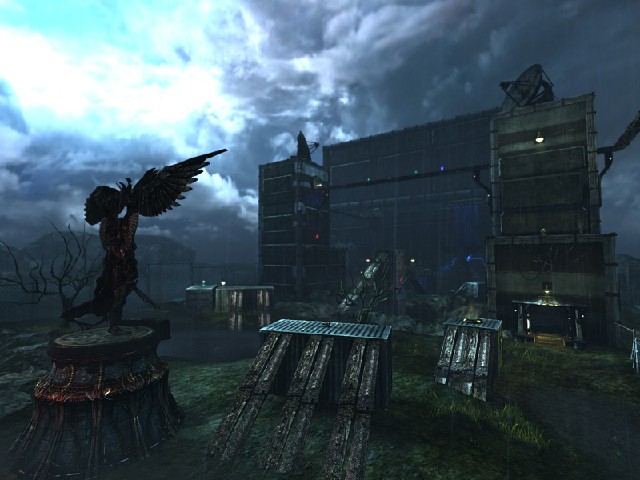 It is a pretty big ctf map with 2 identical bases, a terrain part between them, a cave and a path above the ground (pipes connected to 2 identical towers in the middle area). Since the best path to carry the flag is in the cave, I've added something to make it more balanced which will be described here;

Outside both bases, there's a small room with a triggered button. It can only be activated if your teams flag is NOT at it's base. When activated, the water level in the cave rises and stays there for 60 seconds, anyone who wants to travel between the bases via the cave will have to swim half of the way. When the 60 seconds has passed, the water level will go down to normal again, and you will not be able to raise it again until the 5 minute cooldown has passed (to activate it again, your teams flag can NOT be at it's base). The cooldown counts for both teams. Also, a player from team blue cannot activate the trigger in the red teams 'trigger room'. I'm also planning on making custom sounds for this trigger, which will let you know when the water rises, when it goes back to normal and when the cooldown starts/finishes.

The indoor part consist of 2 levels which are connected with elevators.

PC and PS3 versions are included below.