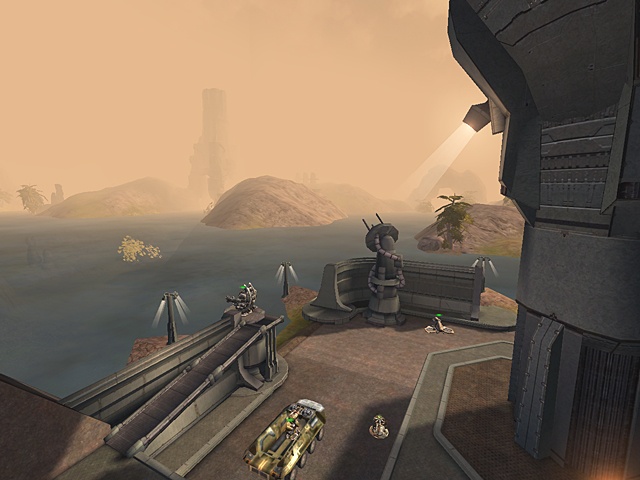 The SeaPack is building upon a handful of existing worthy and possibly forgotten mods, creating new content for UT2004 of all things aquatic. There are countless water-based vehicles gathered together here, from the Kopholus speed boats, to the UTNavy's military vessels and submarines, as well as the Waterpack's light attack vessels and the amphibious Sea Lion, Gorilla, and Hippo. And that's just the start.

I started pulling this "mod" together because some of these vehicles seemed born to be used side by side with one another, and their creator(s) had moved on to other things. I've modified all of them to some degree, making them all work together better - and have begun creating all-new content such as maps and vehicles. To my knowledge, I've gotten permission from everyone whose work is included in this package, and indeed their work is included as they originally released it, with their credits. The SeaPack simply resides alongside all of this and builds upon it.

This final update for the SeaPack includes the completely-underwater Onslaught level, ONS-SEA-DeepSix, as well as the original (Winkyboy-created) submarine, the SeaBass. It contains a total of 10 maps--6 ONS maps and 4 VCTFs: