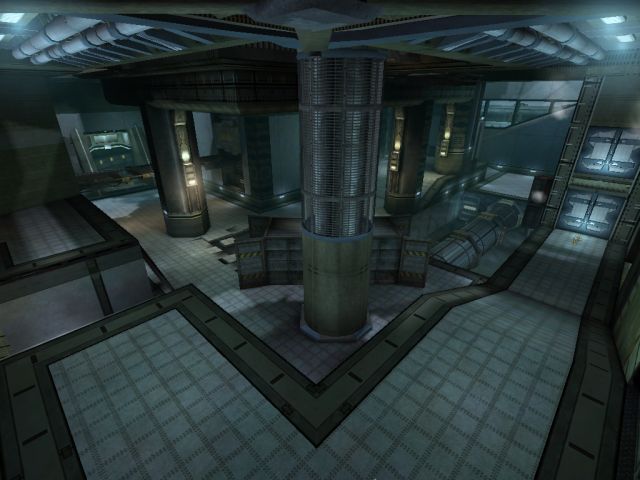 Temperature at which no further heat could be removed from a body. Absolute zero has never been reached, and it appears it never will be, although some have come remarkably close.

Constructed from scratch. Inspired by Campgrounds for the super shield area. Wanted a map with a bit more life to it, so emphasis is on moving objects, emitters & lights - hopefully not too distracting during gameplay. Other thoughts that went into this map was going more future themed - I've made mostly brick & mortar maps, and wanted to work out something new (for me at least).