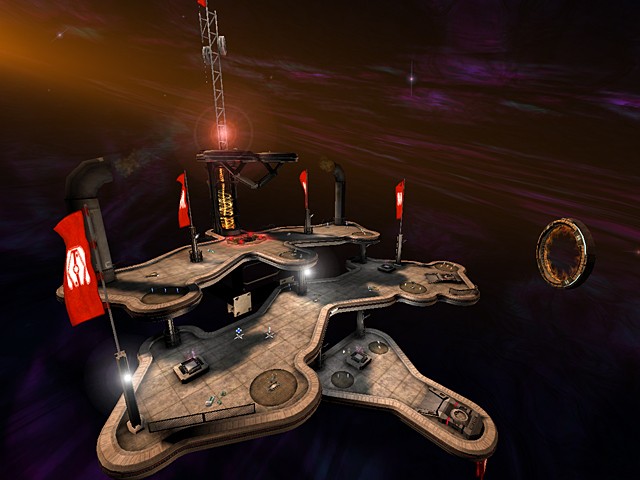 Trapped in a gravity vortex with two suns on either side, a flux in the gravitational pull of space opened..inside a small civilisation was found fighting an endless war...However with the intervention of your ship and crew, the two civilisations stopped fighting each other, and turned their attentions onto you.. Prepare to return fire!

Map based in a void with two, three levelled, floating platforms facing each other, a central platform which lays host to the Bomb, and two side platforms raised above the bomb platform hosting as artillery platforms for either team.

Bots are extremely capable of moving around quickly on this map, and will almost certainly be doing all the work and acting like human movements in all levels above adept. (If you live long enough to see it) They are also capable of using the transloc to get anywhere quickly.