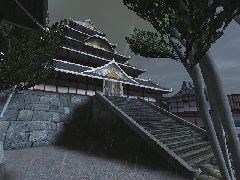 In 1615 only one threat remained to the Tokugawa Shogun. The son of Hideyoshi had come of age and his forces, loyal to the son of the late Taiko, were safely behind the stone walls of Osaka Castle. For the Shogun to keep control, Osaka had to fall.

This scenario recreates an assault on the famous stronghold.