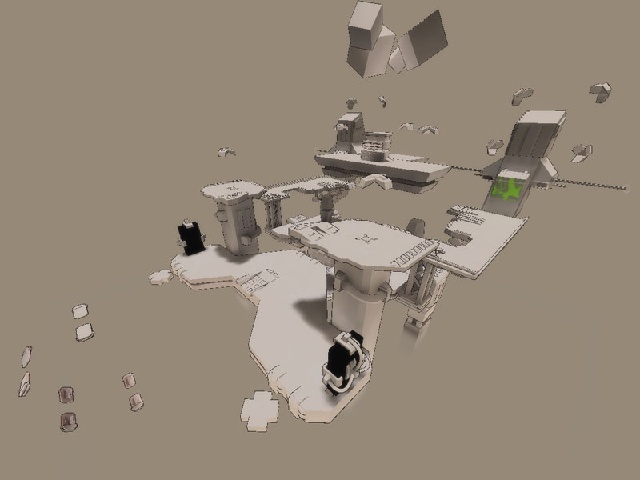 Lichtwärts (lightwards; in light direction) was not built as a really playable map but as a design study.

When I've tested the Cel-Shader effect, which was now possible (thanks to ydnar), it blew me away - so I decided to make a map with it. The map is highly inspired by some screenshots from ydnar demonstrating the effect and charon's geocomp map.

As you may guess, the bots play pretty stupid in this map (as if they won't always do). It was a pain in the ass to get them even running. The r_speeds are at 20k (doubled by the Cel-Shader) so you may need a fast computer to play this map.

Uploader note: This map works great on modern systems and it's pretty playable (no low frame rates). Additionally, bots work fine as long as you select a high level of difficulty (Bring it on...)