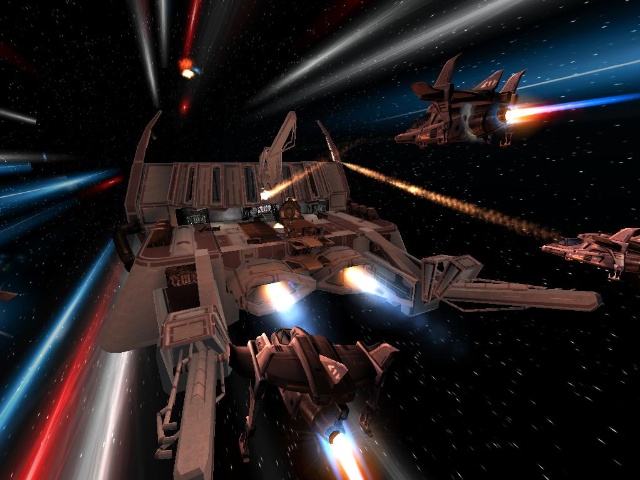 "The United Shipping Corporation is a valuable goods transport and transfers company that was reputed to have had one hundred percent success rates in all of its transport runs. That was until the Hellions decided to attack and hijack the U.S.C. Expeditious, which was carrying an experimental energy core which was to be tested for use in various new startship engines for the New Earth Government. The NEG, hearing of the ship's takeover, dispatched a reclamation force in order to reclaim the energy core so it would not fall into the wrong hands via the black market."

An AS-Glacier-like map set in space where the attackers must infiltrate into a ship, steal an experimental power core, and escape with it.